How to get over a breakup

Does anyone know? I’m still trying to figure it out. In the past I would always jump from one guy to the next instead of actually sitting with the pain and processing the hurt I felt. Thanks to apps like Tinder and Bumble it was easy to find a “replacement” or at least someone to keep my mind occupied with. Of course, all the guys I dated were disappointments and frankly speaking, in retrospect I don’t think it was worth it. I wish I had taken the time to be by myself and, more importantly, to actually learn to love myself. With my recent breakup I realized that my past relationships truly traumatized me and damaged my feeling of self worth.

END_OF_DOCUMENT_TOKEN_TO_BE_REPLACED

The guy I was seeing dumped me. He told me he’s still in love with his ex and that, like I suspected, he doesn’t have the mental capacity for a relationship right now as he is struggling with a severe mental illness.

I spent the weekend crying over losing someone I really saw a future with. I already miss hanging out with him and mourn all the memories that keep flashing before my eyes. Heartbreak really is a bitch, it only focuses on the highlight reel of your relationship. I keep replaying the fact that he told me he has no romantic feelings for me and that going no contact for a week didn’t bother him at all, he actually felt less anxious.

Hearing him say that to me while looking into my eyes when I cared so deeply about him and gave it my all, really hurt.

I decided to continue therapy and work on myself. I don’t think I love myself and I keep questioning my self worth.

EDIT: Fuck him. My best friend saw him on Tinder. It hasn’t even been two fucking goddamn weeks and when we broke up he was talking about how he wants to take time to himself to take care of his mental health. He told me dating was his last priority ATM and that he doesn’t want to date. I feel so fucking dumb for believing him.

I confronted him and sent him a screenshot my friend took and told him that I feel used. I told him to never contact me again. He only replied saying he isn’t dating and if I’m crazy. You don’t set up a whole ass Tinder profile without any intentions. Fucking liar. I just feel pathetic for crying over someone who in the end turned out to be like the rest of them. This was honestly the last straw and I fully give up on finding my soulmate. It’s just not in the cards for me. I just keep being used and lied to. At least this made me fall out of love with him.

I am just hurt. 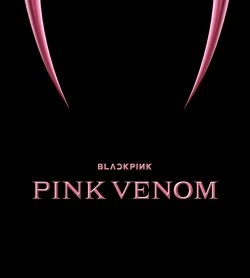