Okay. Today was a mess. I ate a shit ton of crap because guess what: low carb is not working for me. Nothing is. But I don’t really want to whine about my Eating Disorder in every damn post I make so let’s just move on.

I am not happy with the kind of person I’m becoming. I noticed that ever since I made new friends at university I started to gossip so much more. I absolutely love drama – always have – but I hate that I tend to talk badly about people I don’t like. I don’t want to be like that so I decided that I’m going to work on that.

This week this super big international company I applied to contacted me and informed me that they would like to offer me an internship. Sadly, I had to turn it down as I have already signed with a luxury hotel chain. Part of me is sad that it didn’t work out with the big company but on the other hand, the luxury hotel chain offers me more money, is also represented internationally and I have free food in their cafeteria. Apparently they’ve won Germany’s Top Employer Award 9 times in a row and they also do a lot for charity. The interview at the luxury hotel chain was more comfortable in a way, too. I feel like I clicked with the other employees! I’m really looking forward to my first day in September.

I just chose the categories for this blog post and I can’t believe that I actually ticked the “Love Life” Category. Honestly, there isn’t even much to say other than that there is this tall guy who’s come to my attention lately. I’m not really getting any “He’s interested in me”-Vibes from him, though, so it’s kind of pointless to get more into it. Plus I don’t want to fall for someone new yet. I like being alone, I like just having to think about myself and I like not having to worry about relationship stuff. It’s nice, I feel like I can breathe again after being in a relationship for 2 years. I don’t want this to be over yet.

What I’ve learned after my first break up!

It’s been a while. I haven’t really felt like posting at all and I’ve been using the time to cope with my break up and the loss of my first love. I watched a lot of videos of people talking about their experiences and it helped me a lot which is why I decided to make my own post on this and to talk about my experiences.

The first few weeks were tough. I basically cried everyday and thought about my ex 24/7. I blamed myself and desperately wanted things to be okay again. I messaged him several times and poured my heart out. I wanted to work things out, to talk – since our break up literally only took 10 minutes and both of us were crying the whole time. I wanted to get closure.

My ex on the other hand didn’t want to work things out. I accepted that and tried to move on immediately. Like I mentioned in my previous post, I tried to just hook up with my high school crush. Thankfully I didn’t feel attracted to him at all anymore and I just couldn’t bring myself to go for meaningless sex right after. It actually felt good not to rebound.

I also asked out a guy who works at my local grocery store. He looked a lot like my ex which is why I ended up approaching him. After all it’s easier to just replace the person you are missing the most than actually allowing yourself to feel the pain and loss. Long story short – he had a girlfriend. I still feel proud of myself for asking a guy out while being completely sober! I have never done that before!

I also signed up on Tinder and talked to a few guys but never met up with anyone. Instead I ended up meeting with a guy I got to know from another app called Jodel (basically the german equivalent to YikYak). It was a strictly platonic meeting – or at least I thought it was – and it helped me to realise that it’s not that hard to meet new people. We never hung out again after that because he was weird and coming on to me, though.

In general I started to go out more. I go partying and drinking with friends! This actually helped me to realise something really important: Friends always have been and always will be more important than any relationship. Boys come and go but friends are forever – note that I’m not talking about the TV show here although I am re-watching the whole thing once again atm and I LOVE IT SO MUCH!!

Back when I was in a relationship I stopped doing the things I loved and I stopped trying new stuff. I was so focused on my partner that I forgot to look after myself, I should’ve appreciated my friends more. Now I know, that a relationship cannot work if only one party involved is making an effort to make it work.

I bought a guitar and started to teach myself some basics. Frankly speaking, I suck. But hey, at least it’s keeping me occupied. Plus I love singing! My ex once gave me a necklace he made himself for my birthday. Of course now I don’t want to wear it anymore so I went to Tiffany & Co. and got myself a new one. I literally spend all the money I saved up for the vacation my ex and I wanted to go to to buy the “Love Heart Tag Key Pendant” necklace. I also invested in some new clothes and I feel like I’m now back to my old self. I’m making more of an effort to look good and feel good.

Remember when I made that post about wanting to tell my ex about my eating disorder? How I wanted him to be the first person I tell about this? I never did and the other day I ended up telling my best friend about it. It felt so good and like the right thing to do, if that makes sense. Sadly it turned out that she was suffering from the same ED. We are now trying to support each other to get through this.

Another important thing I want to mention is that always be okay with acting like an idiot when it comes to love. It’s better to regret the things you did than regretting the things you didn’t do while always asking yourself “what if…?”. I messaged my ex like 5 times in the last few months and expressed my feelings and thoughts and I do not regret anything. I’m glad I got everything off my chest and I truly believe that it helped me to get over him. Sure, his words hurt like a motherfucker and I would be lying if I said I didn’t still think about him everyday, but I’m not holding on to the relationship anymore. I’m moving on.

For the first time in my life I’m okay with being alone. Ever since I was 13 years old I wanted to have a boyfriend and experience love. Now I want to take the time to focus on myself and to do what I want without having to take another person into account. 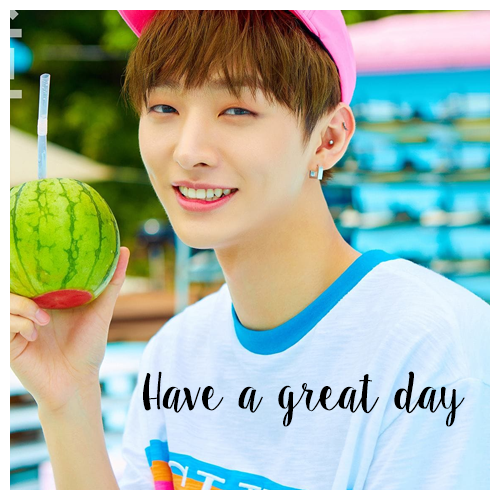